Next 9 songs will play automatically.

END_OF_DOCUMENT_TOKEN_TO_BE_REPLACED 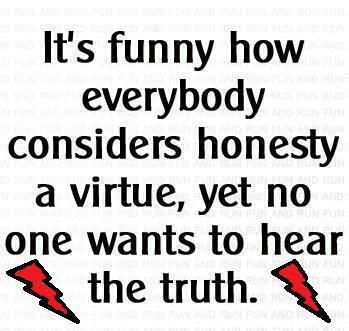 END_OF_DOCUMENT_TOKEN_TO_BE_REPLACED

Related: Steve Schultz of ‘The Elijah List’ is seen in some of these clips. He’s been deceiving Christians for decades with false prophecies!

“My 7 Years Working for The Elijah List” — Ear-tickling messages coddling people into deceptive slumber: Positive-encouraging-words-only philosophy; the misinterpretation of Matt. 7:1-5 (not judging); the misuse of the term ‘Grace’ …. The end result of prophecy should be God’s people repenting.

“Is It Right: To Judge, To Expose Error & To Name Names? — Those who are faithful in exposing error according to the Bible are now being widely denounced, and are accused of being unloving and unkind

Out of these 25, only four have so far apologized (Vallotton, Sandford, Johnson and Bolz) while one of them has admitted that Biden won without apologizing (Robertson). Those who have apologized have received thousands of hate mails and in some cases even death threats from Christian Trump supporters.

END_OF_DOCUMENT_TOKEN_TO_BE_REPLACED 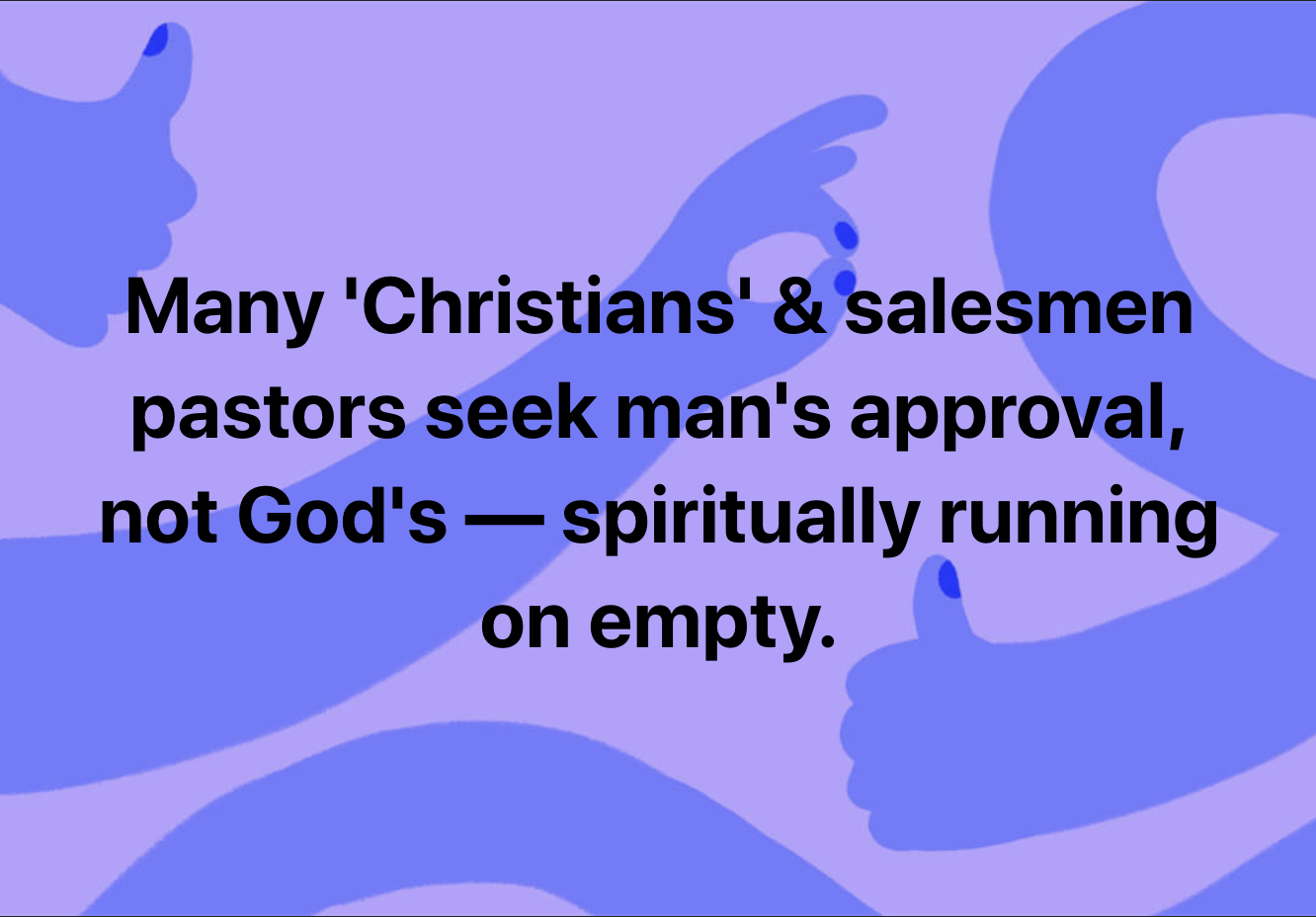 “Paul’s Elders’ qualifications revisited: What does ‘BLAMELESS’ mean? — Most pastors are biblically disqualified

END_OF_DOCUMENT_TOKEN_TO_BE_REPLACED

In an interview with The New American magazine’s Senior Editor Alex Newman, prominent Southern Baptist evangelist Thomas Littleton exposes the “Evangelical Deep State” and its nefarious efforts to mislead the Church and corrupt even conservative denominations. Among other concerns, he points to the normalization of homosexuality, the spread of support for “social justice” heresies, the joining together with the Marxist “Black Lives Matter” movement, and more. But people are waking up, he said.

END_OF_DOCUMENT_TOKEN_TO_BE_REPLACED

(video) “Zionism and Christianity: Unholy Alliance” – real-history, full-length film by Ted Pike — God’s covenants require OBEDIENCE • “They [pastors] were supposed to be WATCHMEN on the wall, yet they failed to utter even a hint of warning”

(video) Roots of Christian Zionism: How Scofield Sowed Seeds of Apostasy — The ‘ANGRY’ Evangelicals – Praying for War instead of “Blessed are the Peacemakers, for they shall be called the children of God” – Jesus

25:10 “Nobody knows what happens to them [arrested Palestinian terrorists that are never seen again]…, because torture is legal in Israel.”

26:00 MURDER BY PROXY — The ‘Christian’ Zionist mindset: “They must love their brother [Jesus’ command], so they can’t kill them themselves, so they appoint leaders like George W. Bush to kill them for them.”

30:10 The truth about Cyrus Scofield, criminal and supposed author of the Scofield Reference Bible, also called the Scofield Study Bible. Recommended reading: The Incredible Scofield and His Book He stole material from John Nelson Darby.

39:40 In 1962, Oxford University Press added ‘antisemitism’ to the Scofield Bible [Scofield died in 1921] in a footnote: “For a nation to commit the sin of antisemitism brings inevitable judgment.”

41:00 “It’s destroying Christianity. … It’s the most destructive thing that’s happened since Martin Luther’s time. … The Catholic church had essentially destroyed Christianity by selling in terms of the little promises you can buy from them, eternal salvation through a scroll [indulgences].” — the idea that people, get blessed, are right with God for blessing modern, Talmudic Israel — which amounts to supporting war and whatever they do overtly and covertly.

48:15 Strong evidence that Cyrus Scofield was financed by Samuel Untermeyer, the Lotus Club.

49:50 “If you want to take over a country…, the thing to do is start a movement within the church.”

END_OF_DOCUMENT_TOKEN_TO_BE_REPLACED

“I don’t think we are really prepared for the hardship that’s coming. … Have you ever read ‘Fox’s Book of Martyrs?’ … Can you imagine singing ‘Amazing Grace’ while the flames are licking at your feet?”

“You’re going to be hearing a lot of things in the next twelve months: things that are going to sound good, but are lies. How are you going to have the discernment to separate the lies from the truth? Through this book [holds up his Bible].”

END_OF_DOCUMENT_TOKEN_TO_BE_REPLACED

“No man is really saved unless he is in his heart obedient to Christ.” – Charles Spurgeon

“And having been perfected, He became the author of eternal salvation to all who obey Him,” – Hebrews 5:9 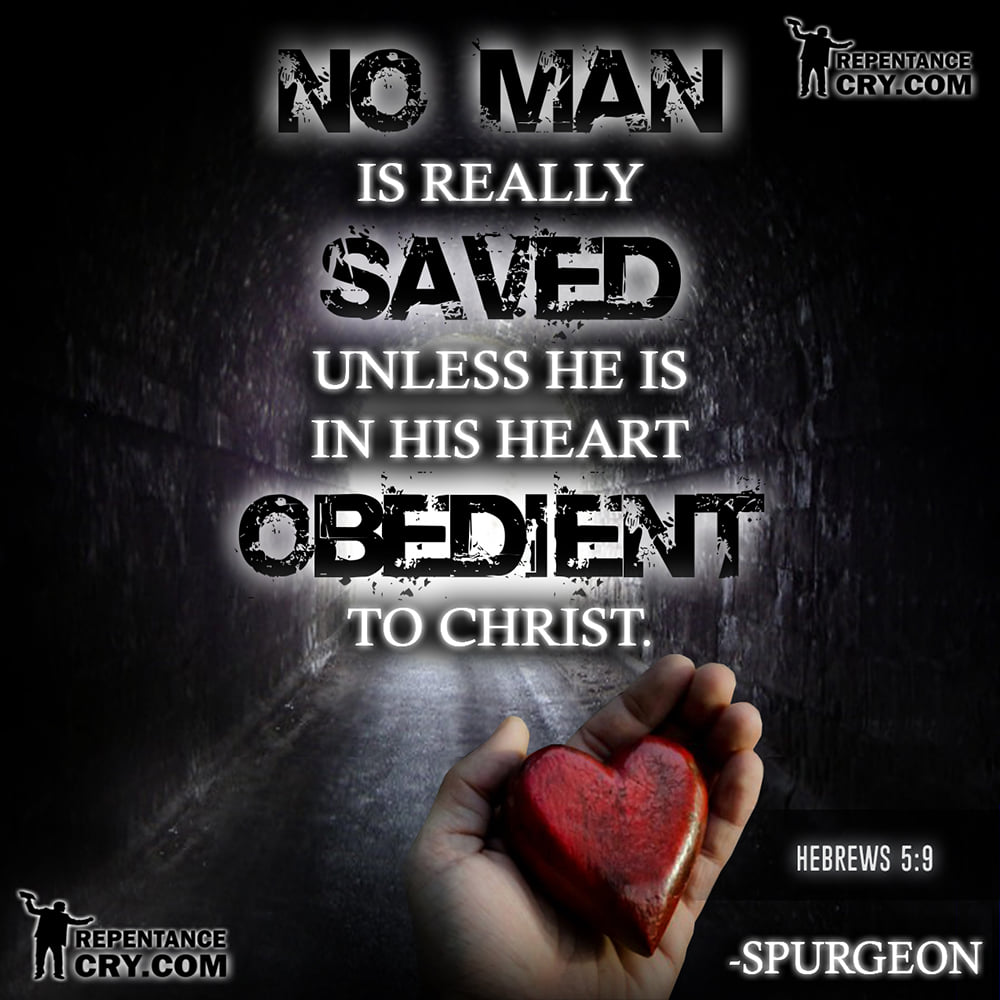 A lukewarm message may draw many people to your entertainment driven church, but never to the uncompromised Christ. 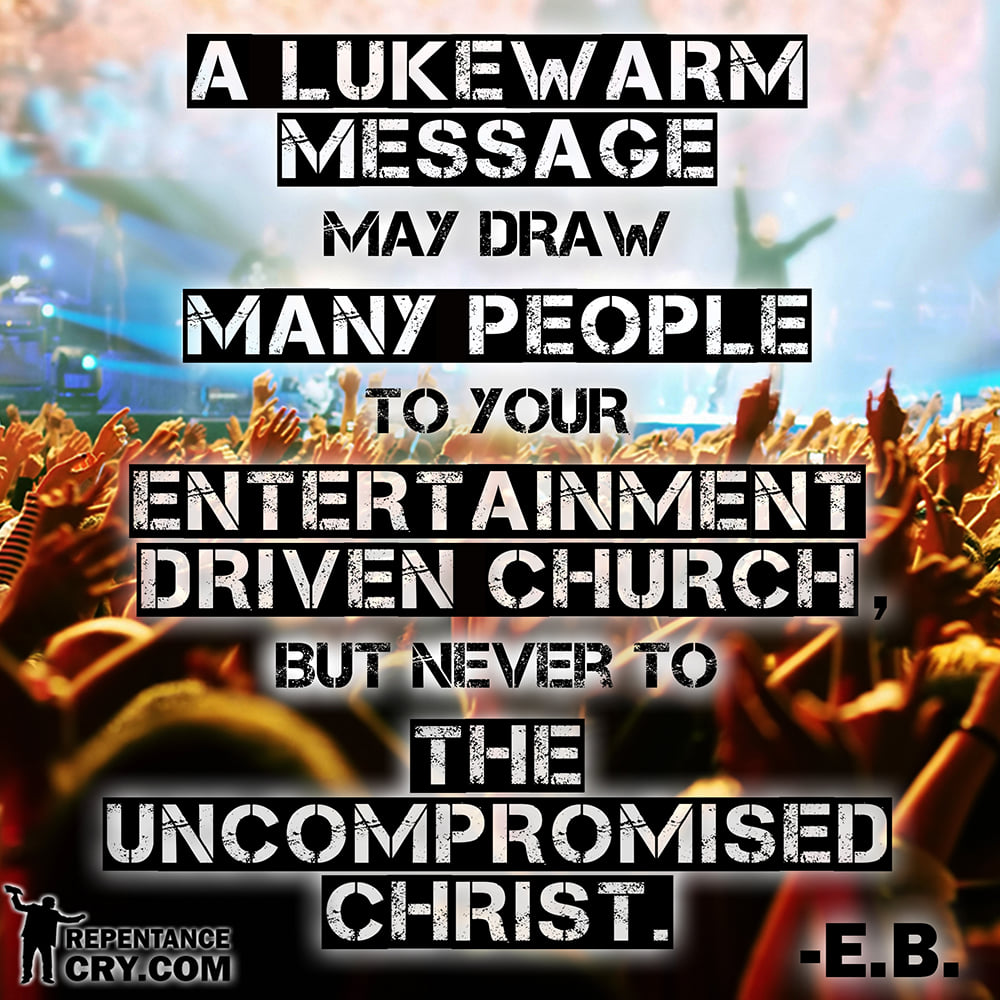 Exceptionally wise and pertinent words to overcome during these deceptive last days!

“The deception in these last days is overwhelming.”

“The enemy’s … primary weapon is subtle deception. He comes at us with carefully crafted arguments that stir up our emotions, and he often mixes in a little truth into the lies he promotes, causing us to question our God-given instinct. He comes back again and again until we are offended and angry. He knows that an offended person has compromised judgment.”

“The media has become the most powerful vehicle of lies, evil and confusion of our time. … And if you disagree with them you become ridiculed, hated, slandered.”

“We must stop and question the information being planted in our hearts and minds. We must each investigate the other side of the story.”

Romans 16:18 “By smooth talk and flattery they deceive the hearts of the naive.” BSB

The Bible says numerous times “take heed that no one deceives you.”

“If we are moved by feelings and feed on lies how are we to discern the truth” as the delusion increases with more serious birth pain events?

We should ask ourselves in humility:
• Have I been siding with evil?
• Do I really want to know the truth?
• Am I offended?
• Has my heart been hardened?
• Has my love gone cold?

“Anything else should be questioned. This [lays his hand on the Bible] is God’s truth.”

END_OF_DOCUMENT_TOKEN_TO_BE_REPLACED

David Haas – ‘Blest Are They’

[Chorus]
Rejoice, and be glad!
Blessed are you, holy are you!
Rejoice and be glad!
Yours is the kingdom of God!

Blest are they, who seek peace
They are the children of God
Blest are they who suffer in faith
The glory of God is theirs

Blest are you, who suffer hate
All because of me
Rejoice and be glad, yours is the kingdom of God
Shine for all to see

END_OF_DOCUMENT_TOKEN_TO_BE_REPLACED

…no matter how many Scriptures I brought up, even when I bring the salvational words of Christ Himself, even when I mention passages like John 15 that says that “the branch IN CHRIST that will not bear fruit will be cut off and BURNED”, even then, it will not convince the majority of professing Christians who got deceived by that lie.

It is because they WANT to believe the lie….

END_OF_DOCUMENT_TOKEN_TO_BE_REPLACED

It’s not uncommon to hear it said that Jesus was a socialist and that the early Church practiced socialism. None of this is true, and our guest takes us through all the key claims.