When we actually do love our neighbors as ourselves, then God will fill us with His presence — and then the world will know (John 17).

“God resists the proud, but gives grace to the humble.”

Hubris: means extreme pride or arrogance. Hubris often indicates a loss of contact with reality and an overestimation of one’s own competence or capabilities, especially when the person exhibiting it is in a position of power.

I am continuously amazed how quickly people attempt to defend politicians, regardless of the hypocrisy and sheer lunacy displayed by political figures. What have these politicians done to earn your trust? What makes them worth defending? We’re led to believe that without these cherished political behemoths starting new wars, torturing people and ignoring the rule of law, chaos would erupt in the streets.

People within an empire are blind to the empire itself. U.S. citizens have been trained to trust and protect their leaders, even when these leaders are escalating the slaughter of innocent human beings abroad. Is the U.S. different from previous tyrannical empires? Some claim the U.S. is defending freedom and democracy by preemptively invading tens of countries around the world. How many wars must be fought before we acknowledge the miserable strategical failure of killing other human beings in far off lands in supposed efforts to promote peace?

I am not a stubborn pacifist. But I am not a blind follower either, which is what the majority of people in the U.S. appear to be today. People blindly followed and supported George W. Bush. After eight years of horrendous atrocities abroad, torturing human beings, and Bush ignoring his own promises to stop nation building, people decided they wanted a change. Barack Obama promised change, and he even campaigned that he was “Change we can believe in.” Give people a catchy slogan and a decent speech and they’ll believe and defend just about anything.

Three years into Obama’s presidency, you can count on one hand the number of the policies Obama has ended from the Bush era. Obama has started new wars, continued torturing untried human beings, and today his administration defends the very policies he strongly criticized just four years ago. Some say Obama just needs more time. “You can’t change everything in a day, Obama’s doing the best he can!”

How long must Obama continue and expand Bush’s abominable policies before I can legitimately criticize his policies? Three years? Five years? Eight years?

No one in government has done a thing to earn my trust. “Conservatives” who preach against government intervention in our domestic economy praise the very same government when it sanctions, invades, and militarily occupies foreign countries. “Liberals” who criticize a Republican president for war crimes and the destruction of the Constitution turn a blind eye when a Democrat does the exact same things, instead giving him a pat on the back while writing a check for his reelection.

Think outside the box. Think like a human being. Would you retaliate against a foreign government that attempted to rig your country’s elections, prevented economic trade, and opened permanent military bases on your own soil? Answer that question honestly, and you will understand why “insurgents” and “terrorists” in numerous countries around the world are retaliating against the U.S. They do not do it for religious purposes, they don’t do it because we’re “free” (which is a laughable accusation in and of itself), they do it because they’ve had enough of their friends, family, and countrymen killed by an intruding foreign army. …

I am not going to support any politician who thinks for a second that the U.S. can do whatever it wants around the world without inciting retaliation against those actions. It is the height of arrogance to think the U.S. can only do good, only be welcomed in these countries, and never do anything evil that might warrant a justified retaliation. Put yourself in the shoes of someone in the Middle East, or you will never understand. 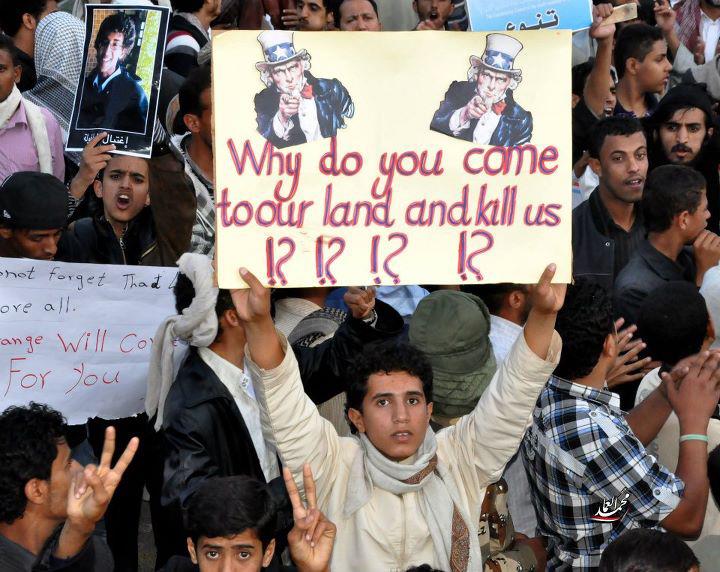 [youtube=http://www.youtube.com/watch?v=3DOgWuGYGeo]The Truth About War – Who Are The Real Terrorists?