DISCLAIMER: Until now, I’ve mostly steered clear of even discussing Mitt Romney’s Mormonism, partly because I personally know a Mormon who would be one of the greatest Presidents ever. Bill Schnoebelen has a different idea. Apparently, Mitt Romney is not just any Mormon. 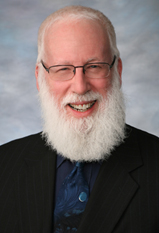 Since his miraculous salvation in Yah’Shua (Jesus Christ) over 28 years ago, Rev. William “Bill” Schnoebelen has faithfully pressed into the calling and anointing of God to teach Biblical revelation to the Body of Messiah and lead the lost into salvation. A prayer warrior, Biblical scholar and author, he founded With One Accord Ministries in 1992. Since then, the anointing of the Ruach HaKodesh (Holy Spirit) has allowed him to minister to thousands across the globe through preaching, books, videos, and countless booklets, articles and tracts. He earned a Masters in Theological Studies degree in 1980 and a Master of Arts degree in counseling in 1990. Following the Holy Spirit’s lead, he acquired degrees in Naturopathic medicine and Nutritional Herbology becoming a Certified Natural Health Professional in 2004. Listed in Who’s Who in Religion, William’s newest book, Romancing Death, sheds light on the current pop culture vampire phenomenon (TWILIGHT, etc.), and is scheduled for release in March, 2012.

Recognized as a Biblical authority on alternative religions and the occult, previous to his salvation Bill spent sixteen years as a teacher of witchcraft, spiritism and ceremonial magick. To Yah’Shua’s glory, the Ruach has continually used Bill’s experience as a Druidic high priest, ordained spiritist minister and former satanist to teach Christians the intricacies of spiritual warfare and minister to those lost in cults. He also spent nine years as an active member of the Freemasonic fraternity (both York and Scottish rite) and five years as a devout member of the LDS (Mormon) church, where he held numerous offices, including elders’ quorum president. Bill held temple recommends in the LDS church for four years. …

“We have to be open enough to the Spirit to be listening, and that’s the critical thing: to hear His voice and to then to follow. And … spiritual warfare is critical.”

[youtube=http://www.youtube.com/watch?v=mCns8euj898]Bill Schnoebelen: The Devil You Know

What is a citizen to do? Americans are being forced to decide between a modern-day Stalin or a new American Ayatollah. Although appearing as politically opposite, Mitt Romney and Barack Obama are dark mirrored images of each other. On one hand, Barack Obama foolishly endorses crippling socialist values that have already brought down countries in Europe – along with his veiled Muslim beliefs. On the other hand, Mitt Romney (a Temple high priest), is gullible enough to believe Mormon prophecies foretelling that the US Constitution would “hang by a thread,” and an LDS leader would rise to save the nation and turn it into a theocracy – putting his faith in a discredited, false “scripture” – the Book of Mormon! Each candidate has a destructive hidden agenda that could lead America to ruin. What can be done to save America from almost certain economic and spiritual disaster? What are Bible believing Christians to do with such an electoral choice? Find answers as Dr. William Schnoebelen teaches on, The Throne of Fools!

14 thoughts on “[video] Former Satanist/Illuminist/Freemason/Mormon BILL SCHNOEBELEN: The Devil You Know — “As dangerous as Obama is, ROMNEY, in his own way is even more dangerous?” — HALLOWEEN, ‘the Devil’s holiday’ defiles children — “As long as there is MASONRY in the church there will be no revival” — “Listen to the VOICE of the His Spirit, because He can direct things” — “And SPIRITUAL WARFARE is critical””