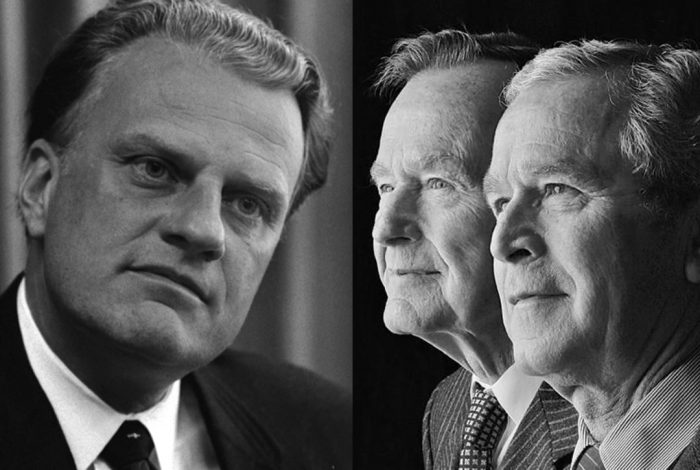 Billy Graham has died. He is being remembered as a friend and confessor to presidents, one who gave them guidance and moral fortification. But just as much, Graham was a willing tool of politicians who used him and his supposed pipeline to divine authority to win over the electorate.
The role of “spiritual leaders” in cynically playing the public is both important and largely ignored. But it is well illustrated in this chapter from WhoWhatWhy Editor in Chief Russ Baker’s book, Family of Secrets: The Bush Dynasty, America’s Invisible Government and the Hidden History of the Last Fifty Years. …
George W. Bush and his handlers knew that his behavior before becoming governor — his partying, his womanizing, and in particular his military service problems — posed a serious threat to his presidential ambitions. Their solution was to wipe the slate clean — through a religious transformation.

Walter Veith: Hidden Agendas — The deity worshiped in the shrines of secrecy is not the Deity of the Bible. “There are very, very, very few Rabbis in the world today that are not Kabbalists.”