A man who lies to himself, and believes his own lies becomes unable to recognize truth, either in himself or in anyone else, and he ends up losing respect for himself and for others. When he has no respect for anyone, he can no longer love, and, in order to divert himself, having no love in him, he yields to his impulses, indulges in the lowest forms of pleasure, and behaves in the end like an animal. And it all comes from lying – lying to others and to yourself. – Fyodor Dostoevsky 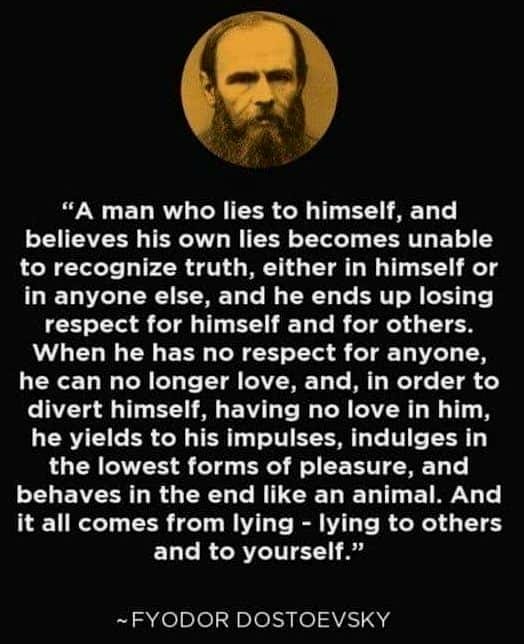