On December 27, 2020, we were given the opportunity to write on the unfinished main auditorium’s walls and floors. The roof collapsed in 2012. About 25 feet from here, what my Bible school teachers Jerry Wilkinson and Frank Gularte had written more than 40 years ago is still there.

I wrote this blueprint for revival so it would happen this year, having been trying since the ’80s. The response has been total silence. So now I’ll post it here exactly 1 year later.

NOTE: “No condemnation” in Romans 8 requires walking according to the Spirit, like Paul: “I also practice always having a conscience void of offense toward God and *men*.” (Acts 24:16) 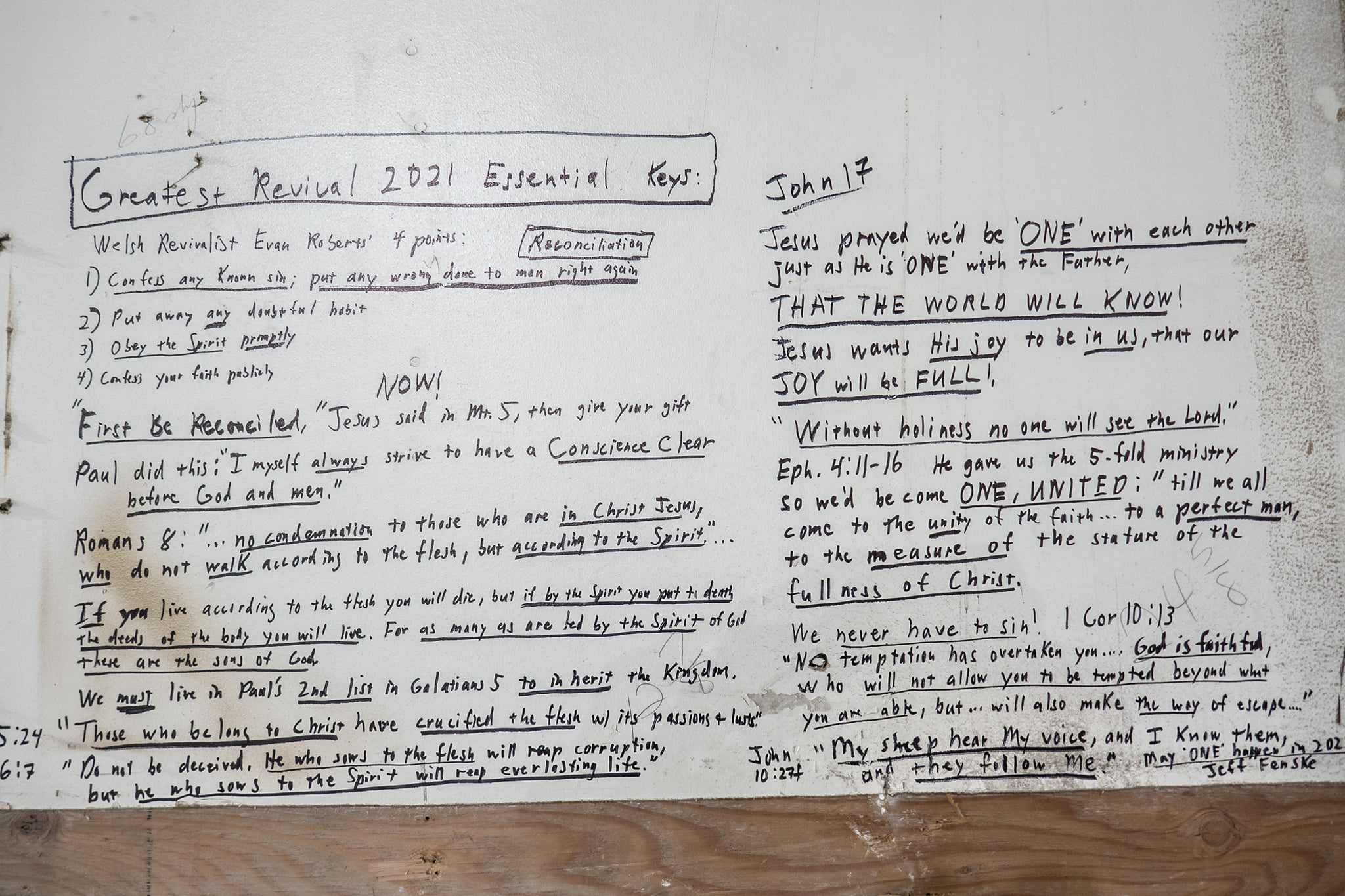 “First Be Reconciled,” [NOW!] Jesus said in Mt. 5, then give your gift
Paul did this: “I myself always strive to have a Conscience Clear before God and men.”

Jesus prayed we’d be ‘ONE’ with each other just as He is ‘ONE’ with the Father,
THAT THE WORLD WILL KNOW!
Jesus wants His joy to be in us, that our JOY will be FULL!

“Without holiness no one will see the Lord.”

Eph. 4:11-16  He gave us the 5-fold ministry so we’d become ONE, UNITED: “till we all come to the unity of the faith … to a perfect man, to the measure of the stature of the fullness of Christ.

We never have to sin! 1 Cor 10:13
“NO temptation has overtaken you …. God is faithful, who will not allow you to be tempted beyond what you are able, but … will also make the way of escape….” 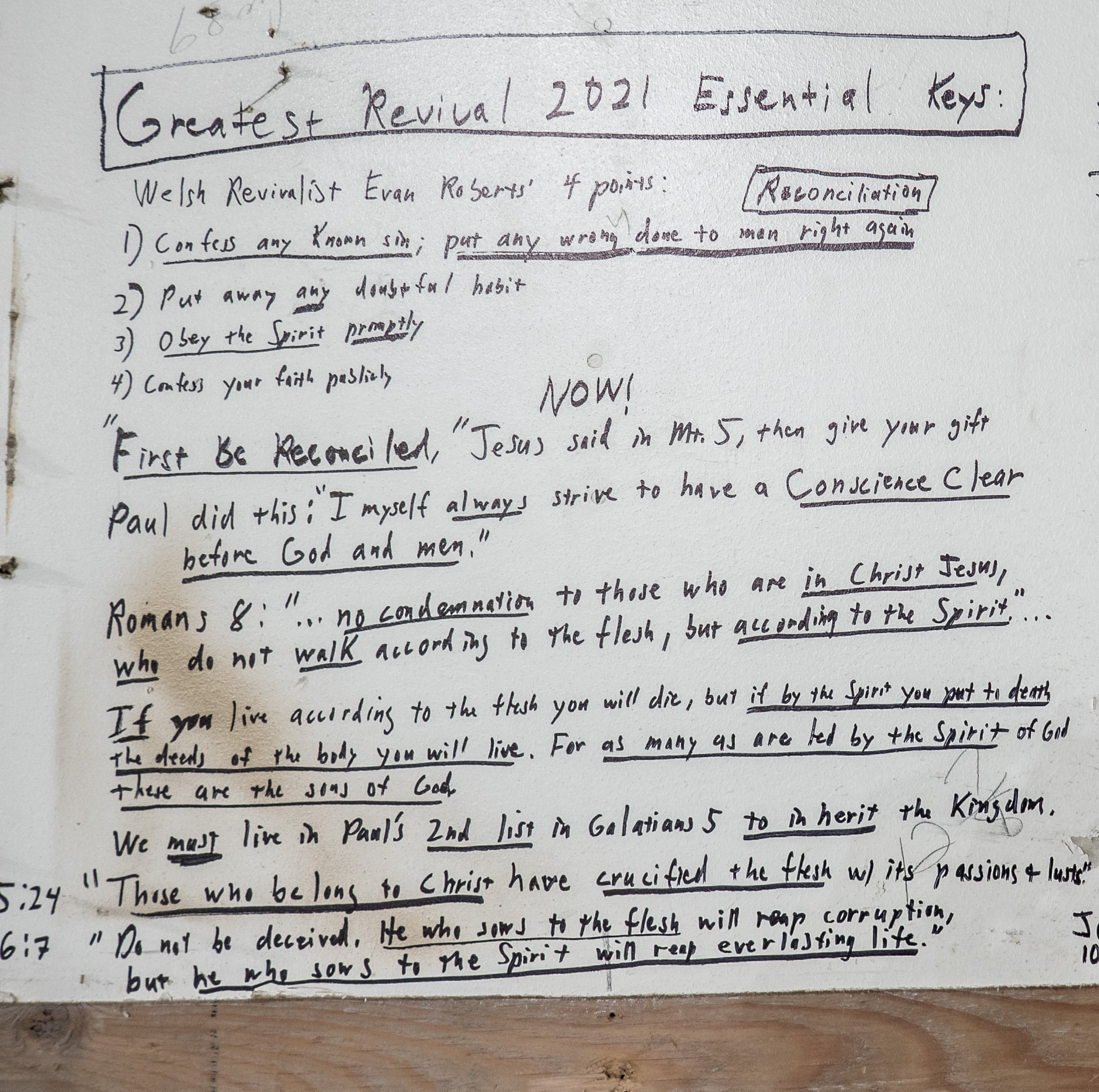 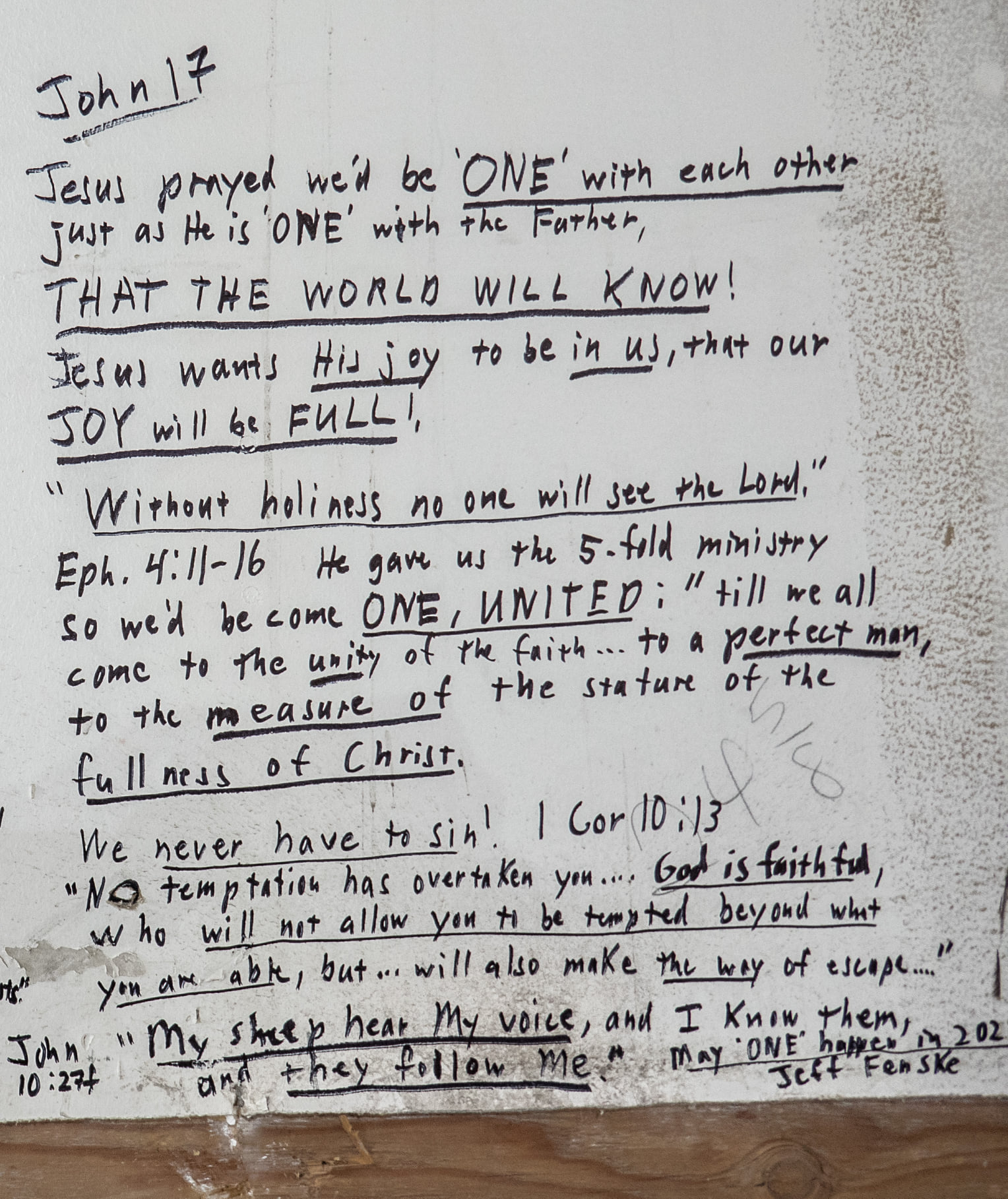 (video) The Welsh Revival of 1904-05 by J. Edwin Orr: A Countrywide Asbury-like REVIVAL! The 4 Points: #1 Confess any known sin, and PUT ANY WRONG DONE TO MAN RIGHT again. #2 Put away any doubtful habit. #3 Obey the Spirit promptly. #4 Confess your faith publicly.

Effects of the WELSH REVIVAL 1904-05: Whole communities were radically changed FROM DEPRAVITY TO GLORIOUS GOODNESS. The CRIME RATE dropped, often to nothing. THE POLICE had little more to do than supervise the coming and going of the people to the chapel prayer meetings. The UNDERGROUND MINES echoed with the sounds of PRAYER and HYMNS, instead of nasty jokes and gossip. People who had fallen out became FRIENDS AGAIN!!!!!!!

THE TRUTH:
Who-Goes-To-Heaven Scriptures — Narrow is the Way | Who are the Children of God? — “There is therefore now *no condemnation* to those who are IN CHRIST Jesus, who don’t WALK according to the flesh, but ACCORDING TO THE SPIRIT”

All of my ALCC / Unite Church posts at ONEcanhappen