No doubt, this is mostly excellent, words that can help many of us love and forgive more easily and fully.

But something bothered me about this when a friend posted it. My part of our discussion is below the image. 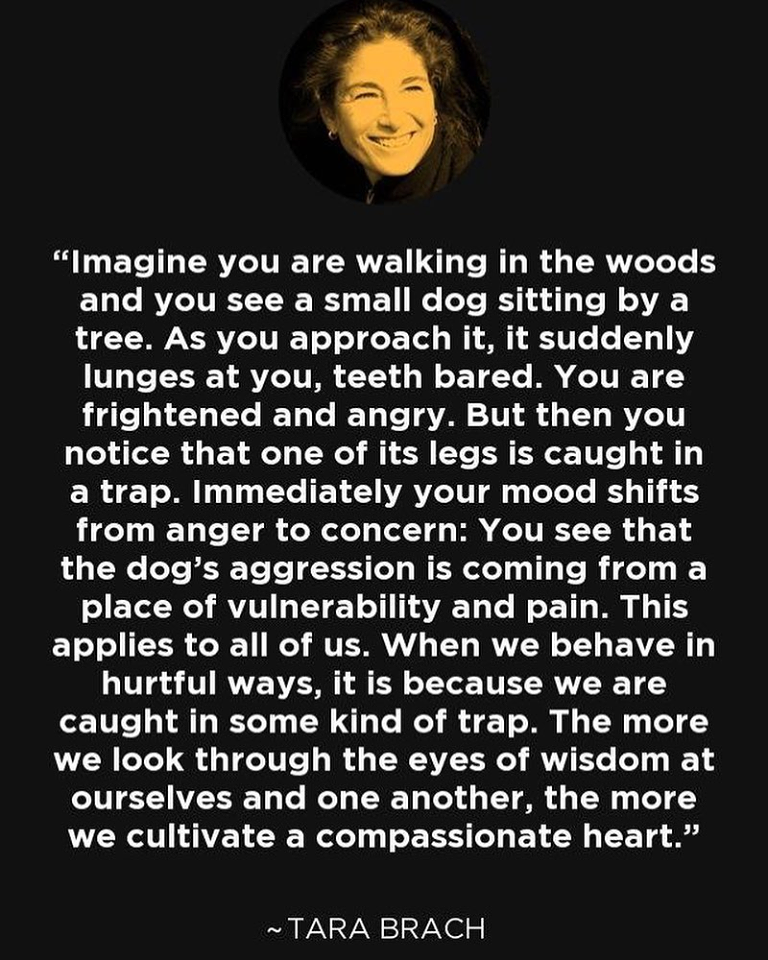 I wrote to my friend who posted this and whom I haven’t seen for decades:

I’ve heard said: “hurt people hurt people.” We don’t know what some people have gone through, and then they act out. It’s crucial to love everyone no matter what, forgiving others from our whole hearts, no matter what they do to us.

But the people hurting people need to do the same, overcoming the victim mentality. We’ve probably all been hurt a lot. And we’re all responsible to overcome by God’s grace, not holding what they’ve done to us against them.

The small dog caught in the trap can’t get out. But we all can get out of our traps. If we won’t forgive others trespasses against us, God won’t forgive us, Jesus said after the Lord’s prayer.

We absolutely need to be considerate of what people have and are going through, while we also should not enable them to stay that way.

We all need to overcome, no excuses.

“No temptation has taken you except what is common to man. God is faithful, who will not allow you to be tempted above what you are able, but will with the temptation also make the way of escape, that you may be able to endure it.” (1 Cor. 10:13)

We all need to get out of trouble, and into safely resting in our Heavenly Father’s arms, like Paul, who worked out his own salvation with fear and trembling, running his race to win. Paul died with a clear conscience, with “no condemnation,” because he walked not according to the flesh, but according to the Spirit. He was able to say:

“Herein I also practice ALWAYS having a *conscience void of offense* toward God and men.” (Acts 24:16)

May we all do the same, and help others get free from worldly lusts too, no matter what the grace changing pastors say, teaching a different gospel.

There is going to be a huge revival coming, when one group of people become ‘ONE’ with each other in Christ “that the world will know,” Jesus prayed would happen in John 17.

It’s going to be glorious!

Hey Jeff, what if we just focus on loving people? …

I tried to explain further:

I like the message, but was just sharing a problem I thought of after reading the story, maybe perhaps because people are being taught to make everyone feel comfortable no matter what they are doing.

The dog couldn’t get out of the trap, but people can, by God’s grace to overcome. Most “Christians” even today are willfully sinning without fully repenting, being falsely taught they don’t have to.

The little dog was caught in a trap. The first thing love would do would be to try to free the dog from the trap, which would kill the dog if no one helps.

Most people are affected by demons in some way, including “Christians,” caught in demonic traps.

I said above: “It’s crucial to love everyone no matter what, forgiving others from our whole hearts, no matter what they do to us,” if that’s what you mean by loving people without conditions. We should never withhold love.

We’re supposed to walk like Jesus walked who loved everyone all of the time, even those who whipped him, and those who mocked him while he hung on the cross, being being completely innocent.

He was a friend of sinners, but he wasn’t everyone’s buddy. They weren’t comfortable around him while living in willful sin, because they knew he would help them be saved, healed and delivered if they wanted badly enough to get out of their trap.

Jesus said: “first take the plank out of your own eye so you can see clearly to remove the speck out of your brother’s eye.”

Maybe what bothers me about this is when she says:

“When we behave in hurtful ways, it is because we are caught in some kind of a trap,” as if it’s okay for people to hurt people without overcoming their issues and then apologizing to be free.

And that people should accept people the way they are without trying to help people get out of their traps, enabling them, helping people to be comfortable in their sin, instead of calling people to repentance.

Because people’s traps will destroy them for all eternity if they don’t get out of them.

The world is taking “toleration” too far. “I’m okay, you’re okay,” when most people are not okay.

I didn’t say any more to my friend, but I’ll add more here:

So I think what bothers me about this is that it starts out great, with a principle that would help almost everyone. But then it seems to turn into: “but just love me the way I am, accept me the way I am. I don’t want to change. Don’t tell me what to do” — while the person is bound up and needs to get free so he/she can have peace and true joy which comes from the Holy Spirit when we’re right with each other and God, resting.