Paul: “Herein I also practice ALWAYS having a CONSCIENCE VOID OF OFFENSE toward God and MEN.” – Acts 24:16 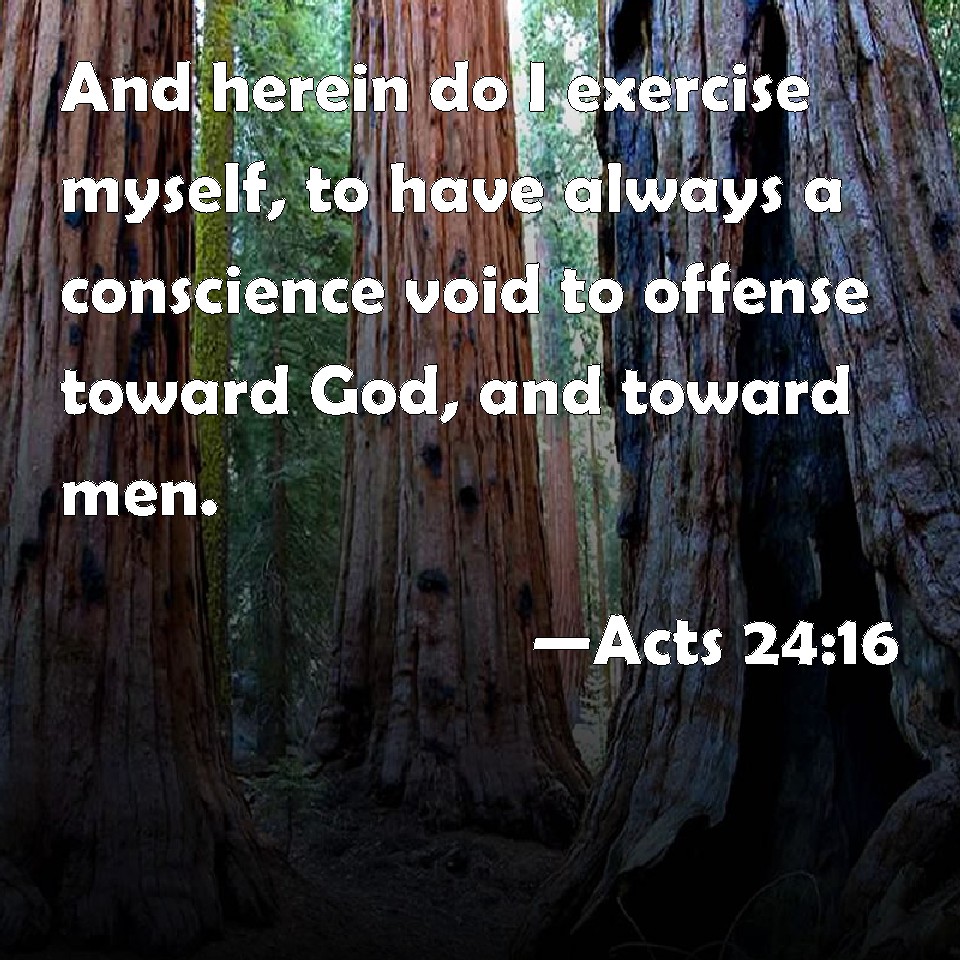 “No fruit of the Spirit, you’re gone.”

35:15 “You could listen to umpteen sermons on the baptism of the Holy Ghost on Christian TV, radio, what have you, you would never hear them say that the primary purpose is to cleanse your heart from inbred sin. It’s gone from the baptism *with the Holy Ghost*, which relates directly to Luke 3 and the cleansing of the fire, of the burning away of the chaff, which is our carnal nature, and now it’s about speaking in tongues. I’m not against speaking in tongues, but….” – David Corrico

39:40 “When you ignore the cleansing of the heart and just go into experience, it’s real easy to see why things are going so wrong in such a huge way in the Pentecostal world.” – David Corrico

END_OF_DOCUMENT_TOKEN_TO_BE_REPLACED

Dana shared this on Sunday, during the three-day prayer meeting.

8 minutes; not heavy; an exhortation to be able to run spiritually!

END_OF_DOCUMENT_TOKEN_TO_BE_REPLACED

Now let’s set the record straight. There’s no argument over the choice between peace and war, but there’s only one guaranteed way you can have peace — and you can have it in the next second — surrender.

Admittedly, there’s a risk in any course we follow other than this, but every lesson of history tells us that the greater risk lies in appeasement, and this is the specter our well-meaning [Christian] liberal friends [our priests, biships and pastors] refuse to face — that their policy of accommodation is appeasement, and it gives no choice between peace and war, only between fight or surrender. If we continue to accommodate, continue to back and retreat, eventually we have to face the final demand — the ultimatum. And what then — when [Satanists] told  [the people of this world] he knows what] our answer will be? He has told them that we’re retreating under the pressure of [his] Cold War, and someday when the time comes to deliver [his] final ultimatum, our surrender will be voluntary, because by that time we will have been weakened from within spiritually, morally, and economically. He believes this because from our side he’s heard voices pleading for “peace at any price” or “better Red than dead,” or as one commentator put it, he’d rather “live on his knees than die on his feet.” And therein lies the road to war, because those voices don’t speak for the rest of us.

You and I know and do not believe that life is so dear and peace so sweet as to be purchased at the price of chains and slavery. If nothing in life is worth dying for, when did this begin — just in the face of this enemy? Or should Moses have told the children of Israel to live in slavery under the pharaohs? Should Christ have refused the cross? Should the patriots at Concord Bridge have thrown down their guns and refused to fire the shot heard ’round the world? The martyrs of history were not fools, and our honored dead who gave their lives to stop the advance of the Nazis didn’t die in vain. Where, then, is the road to peace? Well it’s a simple answer after all.

You and I have the courage to say to our enemies, “There is a price we will not pay.” “There is a point beyond which [evil] must not advance.”

“In the words of Reagan, ‘evil is powerless if the good are not afraid.'”

END_OF_DOCUMENT_TOKEN_TO_BE_REPLACED

Jim Caviezel, ‘Jesus’ calls pastors “Judases, Pharisees and collaborators” for not standing up to the mayors and governors!

“This is called lukewarmness, and Christ has a special place for them, and they know it.”

END_OF_DOCUMENT_TOKEN_TO_BE_REPLACED

One of my favorite kick-demon-butt songs, which I heard on the radio one time only, while visiting Nashville, Tennessee, while renting a blue Eagle Talon. I pulled over to focus on the song, which I then tracked down as DJ Miko’s remix of the famous 4 Non Blondes’ song.

Put on THE WHOLE ARMOR of God, that you may be ABLE TO STAND AGAINST the wiles of the devil. 12 For OUR WRESTLING is NOT AGAINST FLESH and blood, but against the principalities, against the powers, against the world’s rulers of the darkness of this age, and against the SPIRITUAL FORCES OF WICKEDNESS IN THE HEAVENLY PLACES. … Stand therefore … with all prayer and requests, PRAYING AT ALL TIMES IN THE SPIRIT, and being watchful to this end in all perseverance and requests for all the saints…. (Eph. 6:11-18)

END_OF_DOCUMENT_TOKEN_TO_BE_REPLACED

“What would happen if the leaders in the Church actually began to explain the difference between good and evil instead of just pretending evil doesn’t exist, and Grace covers everything?” – Marshall Alan Rowe, 9/5/20