We need to have clear consciences before God and men to avoid this place, like Paul always made sure he did (Acts 24:16).

END_OF_DOCUMENT_TOKEN_TO_BE_REPLACED

The long list of demands from the Government of California is read by #JohnMacArthur during a Grace Community Church service held September 13, 2020, after a Judge ruled that Grace Church, specifically, could only have “services” outdoors (in the 100+ degree heat, with the ashes of nearby wildfires raining down, in a parking lot, that is owned by the State, a lease that the State has recently revoked). These demands are supposed to be related to #COVID19 but ultimately Christians and Constitutionalists know that #ChurchIsEssential

END_OF_DOCUMENT_TOKEN_TO_BE_REPLACED

I believe Catholicism is a false religion, a system based on false theology; though, there are some Catholics who are real Christians. They believe their tradition trumps what the Bible actually says; though, Paul said the Bereans were more noble because they checked the scriptures daily to see if what Paul told them was true.

Many billions of Catholics are now in hell who were assured they were going to heaven.

Protestantism isn’t doing much better because of “once saved, always saved” and “only believe,” instead of “abide.”

We must actually abide in Christ to be “in Christ,” having clear consciences and clean hearts — resting in Christ — taking up our crosses and following Him.

Christianity is not a system. It’s a right relationship.

END_OF_DOCUMENT_TOKEN_TO_BE_REPLACED

“A house divided against itself shall not stand.”

END_OF_DOCUMENT_TOKEN_TO_BE_REPLACED

LUST ‘the poison that kills the soul’ FREEDOM! My experience: How DEMONS DRIVE heterosexual and homosexual lust in ‘Christians’ — When we realize demons drive lust we can be free!

END_OF_DOCUMENT_TOKEN_TO_BE_REPLACED

What may be coming this November especially unless some serious praying and repenting happens!

END_OF_DOCUMENT_TOKEN_TO_BE_REPLACED

LUST ‘the poison that kills the soul’ FREEDOM! My experience: How DEMONS DRIVE heterosexual and homosexual lust in ‘Christians’ — When we realize demons drive lust we can be free!

END_OF_DOCUMENT_TOKEN_TO_BE_REPLACED

It’s not that suicide is the unpardonable sin, but that there’s no way to repent afterwards. Murderers will not enter. 1 John 3:15 – Marc Roy 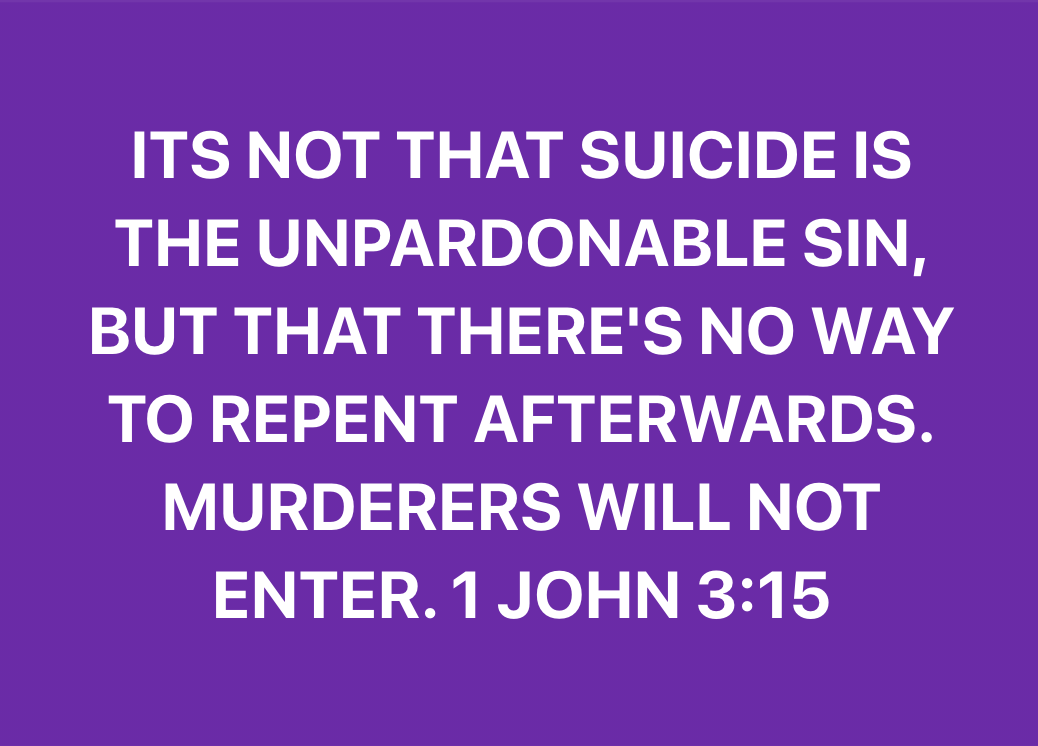 I’ve been praying through much of what comes to mind, myself. Demons drive people to do evil things. Prayer can deal with many of these demons, and God can move many to do what is right instead.

I totally believe this principle. God gives us visions, dreams and words of knowledge to warn us about what’s coming, in part so we’ll be able to thwart some of these things by what we pray for and even do.

Dana Coverstone has had serious dreams about what is coming soon in America, starting especially in November. Hopefully, some of these things won’t come to pass now, as he saw them in his dreams because so many seriously prayed. And people are getting serious about obeying God too!

I purchased the DVD/CD boxed set used here, but the video portion (almost 4 hours) can be watched for free at Amazon for those who have a Prime account: Part One & Part Two.

The late 60’s and early ’70’s were a time of tremendous upheaval in American culture as the hippie generation abandoned the values of their parents, turned to drugs and away from materialism, and went on a search for love and peace. For these young people, “the establishment” which included the church, seemed irrelevant. At times it felt like the very fabric of our nation might tear apart.

It was out of this tumultuous era that young, musical voices began to surface. These newly converted musicians began singing about the new hope they had found through Jesus Christ.

First Love examines the life and music of the people who birthed the sounds of a revolution that swept American culture. It became know as the Jesus Movement. For three historic days, these artists gathered for the first time in a mountain retreat in Southern California and First Love Volumes I & II captures almost 4 hours of each of their incredible live performances and reveals a rare look at the heart and motives of each artist as they describe in intimate detail the drama of their personal transformation.

“We didn’t know very much. We were naive. All we knew was we were blind, now we see. And that was enough.”
– Love Song

END_OF_DOCUMENT_TOKEN_TO_BE_REPLACED

With all the chaos that is going on in the world right now, Pastor Francis Chan expresses his concern for believers as times get harder and harder before Christ’s return. God has given the Church warnings about judgement day, and the things that lie ahead. We can stand before the throne of God at any second. The question is, are our hearts ready for that moment? Are our eyes open to truly knowing God like the scriptures say?

6:10 “What I’m most concerned about here in Hong Kong, when I talk to people is the way people talk about salvation compared to what I read in the Bible. There are so many people who feel safe … ‘I prayed the sinner’s prayer and I asked Jesus to come into my heart.'”

Do you know there is no sinner’s prayer in the Bible? Why do you have this confidence? I prayed that prayer too.”

What 1 John really says about how we know we have eternal life.